When the power went out and the winds died down, this coworking space in San Juan, Puerto Rico stepped up to serve the community.

The first year of a coworking space is often filled with firsts. You welcome your first members, you sign your first contracts, you host your first events... and you weather your first hurricane. Or at least Mariangie Rosas did.

Hurricane Maria was certainly not the first hurricane to hit the island of Puerto Rico. But Rosas had just opened the doors of the co.coHaus coworking space earlier that year in 2017… and then the storm made landfall the following September.

“The hurricane hit on Tuesday. On Wednesday, I still couldn’t get out of my house,” Rosas remembered. “But Thursday we got over to the space and we cleaned up a bit. By Friday, we opened our doors.”

Thanks to a substantial generator, co.co.haus had the necessities: light and wifi. Rosas and her team weren’t sure who would show up, but they wanted to be ready in case anyone did.

“By the middle of the day, we had a full house. We had nonprofits coming in, we had locals who needed to charge their phones and check email — letting family know they were safe and checking on each other. We also had people who just wanted to volunteer and help. Folks were setting up camping stoves to make rice and beans for everyone. Co.co.haus became command central.”

While Rosas was amazed how productive people could be even when there was broken glass all over the floor, she was not surprised how quickly the community came together. That had become clear in the previous months.

An architect in the States, Rosas had come back to visit family in Puerto Rico a few years earlier. She knew there would be economic impact from changes to federal policy. But seeing the recession and its impact first hand brought it home, so to speak. So she decided to stay, partner with family and friends, and launch a small business. 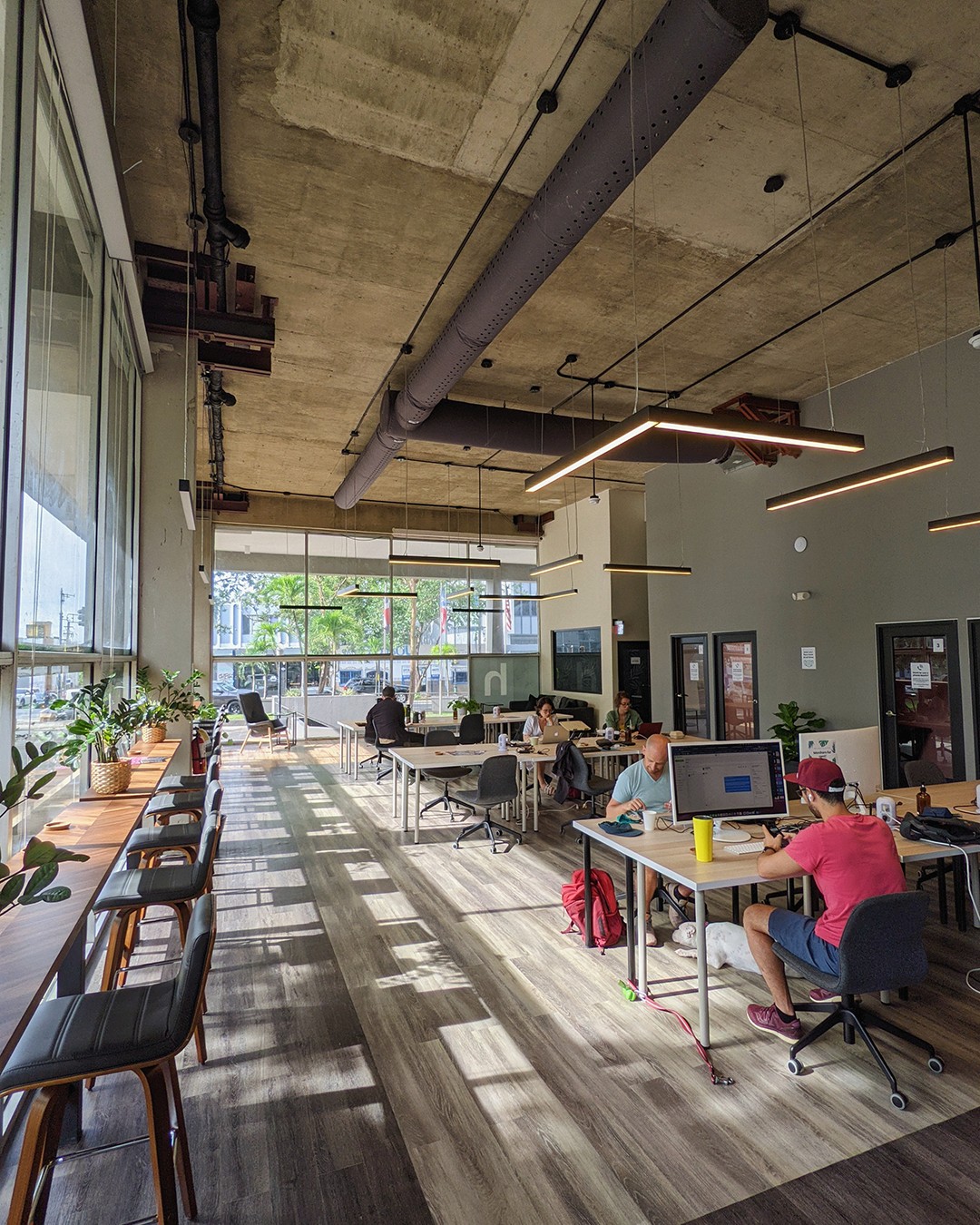 At the time, there were only a handful of coworking spaces on the entire island. Co.co.haus opened and Rosas stood back and watched as a community built itself around the space.

“As an architect, I knew everything about effective building and design for the space. What I didn’t know was how to cultivate a culture. But I didn’t need to. It was an organic process. A large portion of our members are artists, freelancers, photographers, event planners. And coworking as a concept levels the playing field. It provides space, community, networking, education, and resources all under one roof.”

That roof served to protect the community for over two months while the island slowly came back online after Hurricane Maria. And today, the membership is roster full, and there’s a sizable wait list.

Meanwhile, Rosas is mapping out an exciting roadmap for growth and expansion.

“I think coworking spaces are the new church,” she said. “They serve so many needs: a social outlet, a service base of operations, a networking hub, and of course a quiet place to work.”

Not to mention a safe place to find comfort and camaraderie after the storm.

Reopening your coworking space? How to encourage people to come back

Over the past year, many businesses had to close down for the sake of public safety. Now, things are beginning to open up again. While that is a...

Gyms and other fitness centers do the same thing. Often they’ll offer a 7-day pass, which is also something you could consider for your coworking...

With its walls in various hues of blue and panoramic paintings of serene ocean swells, Blue Mind Coworking puts members in the right frame of mind...