CoworkHERS opened in Portland, Maine in 2017. The zeitgeist of the moment aligned with the mission: the potential for the country’s first female president had galvanized women everywhere. 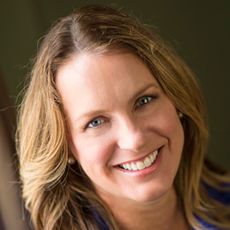 That’s what Heather Ashby asked herself when she sat down to map out a plan for a women-focused coworking space.

She had the building: an entire beautiful, historic Masonic temple she’d purchased at auction, along with her husband.

She had the vision: a welcoming environment where women of all professionals and walks of life could find a place to grow their business, their networks, and their sense of accomplishment.

And she already had interest. “I had 22 members before I even opened my doors,” she said. “That’s how passionate I was about what I was doing.”

She did have pushback, even from within her own family. But the answer was a resounding yes, she could do it. And then some.

CoworkHERS opened in Portland, Maine in 2017. The zeitgeist of the moment aligned with the mission: the potential for the country’s first female president had galvanized women everywhere. The #metoo movement was gaining momentum and moving into the courts. Women — and their allies — were marching. They were speaking up.

“CoworkHERS is a place for women who want to do something for themselves,” Ashby said. “They are dealing with a workforce environment that isn’t designed for or welcoming to them. Mothers in particular have real challenges, feeling isolated and unsupported. I wanted to lift other women up.”

Of course, that was the ‘before times.’ Hosting a Chinese foreign exchange student at the end of 2019, Ashby had advance insight into what was coming in the form of the coronavirus pandemic. She immediately began planning to support her members and was ready when the shutdown hit.

“I lowered my rates to obscenely low levels, but it’s what my members needed. We installed glass partitions, air purifiers, and we have a mask and vaccine requirement. Safety is the number one priority.”

The vision of the operation isn’t just a place for coffee and WiFi. Ashby’s background in hospitality, event planning, and big brand marketing positions her in a sweet spot to cultivate a culture of inclusivity and connections with services and opportunities. If she senses a need, her space will fill it.

“We have a mother’s room, we have an onsite gym, we have space for kids, and we have a massive event space. Plus we’re still growing within our building. There is so much we’re excited to do.”

Today, CoworkHERS offers floating memberships, dedicated desks, office space, as well as virtual memberships. The space caters to women, and is dominated by women, but welcomes all people who wish to be a part of a safe, inspiring, encouraging, non-threatening, healthy, non-judgemental environment. It’s the largest coworking operation in the state of Maine. In fact, the state of Maine is a development partner. 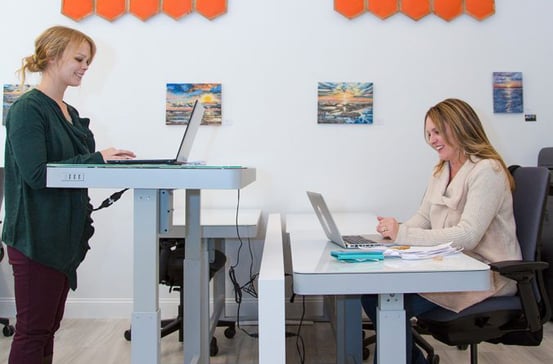 The Maine Center for Economic and Community Development announced the Coworking Development Fund. And Ashby was instrumental in bringing about the initiative, where the state  government recognized that, “coworking spaces are at the nexus of multiple areas of economic strategy – they are among the amenities that can be offered to tourists, they serve as a hub of information and community for remote workers, and they serve as a signal to entrepreneurs and new businesses that a community understands the value of connection.”

On top of all this, Ashby is also nurturing a mission-based effort called PollinateHERS.

“We are looking to help women who come out of either incarceration, domestic violence shelters, or who have aged out of foster care. And they have a great idea for a business, but no one will listen to them. We have mentors that will help them with their business plan and help them with their elevator pitch.”

It’s the nexus of Ashby’s varied skills and previous experience. She calls it her ‘end game.’

But really, it’s the very beginning.

How to use Coworks Software

Gyms and other fitness centers do the same thing. Often they’ll offer a 7-day pass, which is also something you could consider for your coworking...

When the power went out and the winds died down, this coworking space in San Juan, Puerto Rico stepped up to serve the community.